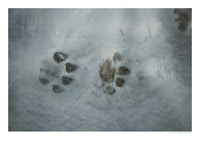 The first step is always the hardest. Its that point when we first see that lion coming to threaten us. Everything in us wants to run, our whole body is shaking with fear, our mind is clouded with doubt, but ... we still stand. We do not run. Instead we turn and face the crisis (I mean opportunity), and take a deep breath. In that moment, we have taken our first step toward becoming a lion chaser. In that moment we are beginning to unlearn what we have learned in the natural. Imagine what Peter felt when he took his first step out onto the waves, feeling the cold water flow over his sandles, expecting to sink, but at the same time expecting the impossible. What a rush of confidence we get when we brace ourselves and say "I will not be moved".

Our enemy prows around like a rouring lion desiring to devour our life with fear and uncertainty. He does not want us to step forward and claim what is rightfully our through Jesus Christ. He would rather we stay hidden, safe, and comfortable in our own self existence. I believe that Lion was stalking Benaiah, and day after day he was able to elude it, but then one day he woke up and said "Enough is enough. Today will be different". Then he turned and took that step and became the hunter instead of the prey. He began to pursue and not retreat.

Are you willing to take that first step, and become a pursuer of God and the opportunities He has brought into your life? If you say "Yes" then your well on your way to becoming a lion chaser.