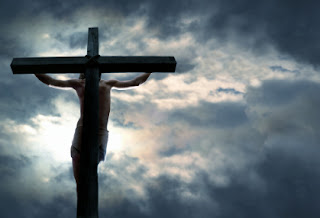 Sometimes I get overwhelmed thinking about Jesus, He was a stone cold warrior. None could stand against Him and none dared to try. As His disciples were fighting over who would be the greatest in the Kingdom, Jesus tells them they don't have a clue what they were asking. He knew the depths of sacrifice, the denial of self, the pain and agony, the release of earthly things. No one could drink from His cup. A great warrior has the strength to stay the course, endure the hardness set before them. No one could come close to Jesus. No one had the power to lay aside Glory and humble themselves as He did. No one else could have borne up under the immensity of the world's sins. No one else could set their face like a flint toward the purposes of the Father. And above all He did it all in love, with grace, kindness, and the utmost integrity. Never uttering a negative word, never complaining or wishing away the precious time He had been given. Yes, my Jesus stands alone. His name is above all other names and His greatness is beyond comparison. He sits above the circle of the earth as the righteous judge because He is worthy to do so. He is the one who calls my name and speaks His truths to my heart. He spoke the world into existence, He commanded the sun to shine and the stars to form billions of light years away. He holds all things in His hands yet He walks with me and talks with me. He loves me far beyond what I could ever know. Woe is me for I am undone!!